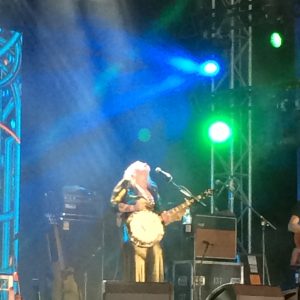 What I love about the Byron Bay Bluesfest is random meetings, the incredible acts and the good vibes….

I’ve been an annual pilgrimmer for fifteen plus years.

For the first time I decided to camp.

While I do love camping and there are some great advantages to camping beside a festival, I think the key to making it work is to turn up with a few hours to spare.

Determined not to let stress get in the way of a good time, I slumberly pitched my tent and sipped some of the wine I had smuggled in (no glass aloud in the camp city)!

Off into fun Blues town.

The conversations in the queues are different and fun… a smorgasboard of random topics, different folk and no need to impress… my favorite thing.

The conversations are mostly around music, fashion and which band you are most looking forward to seeing.

A first time for me was watching the Torres Strait Islander Dance Tropee. The women were majestic and fluid, dancing and swaying in their sea grass skirts. The beautiful hum and smiles… it felt great! 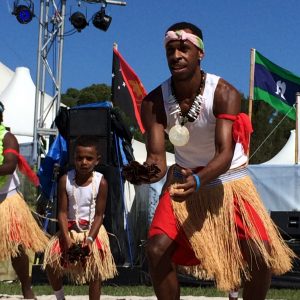 The men were stronger, louder and impactful.

The stomping on the ground, the masculine energy and the reverberation inside my chest was good!

A dose of dancing man.

I wish I could experience more. 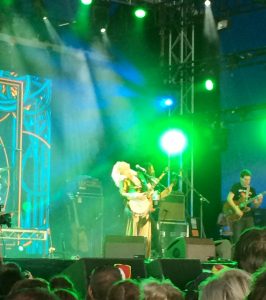 I was keen to see Elle King.

She was amazing. She spoke more sense than any candidate currently running for the US presidency and spoke from the heart. Unimpeded – powerful and sincere.

Her gold tracksuit was an absolute winner.

After Elle was Grace Potter – a bit of a modern day Suzi Quatro. She rocked, the boys loved it and festival fever had hit. 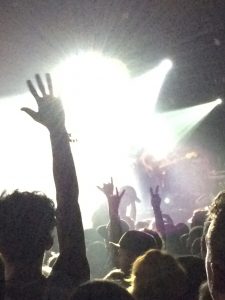 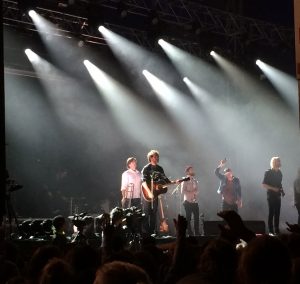 Later in the night, the big band name, The National, took down the tent (or lifted it off).

People had come just to the festival to see The National. A first for me, even though I had started listening to them a few weeks ago. Very good, very popular and a great live act.

Back to the earthen tent to collapse and drift away to the sweet smells of the grass beneath me.