Not being a big fan of buffets, I went to Danny’s Family Buffet as  surprise for the children and with no real expectation.

I was pleasantly surprised! 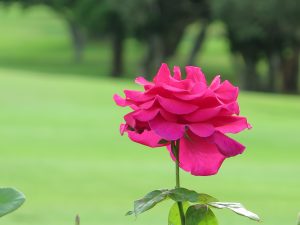 Roses on the Golf Course at Tweed-Cooly

A family run business this restaurant is a land mark on the Cooly-Tweed boundary. Located inside the club house at Tweed Heads the open aired restaurant doesn’t try to be a five star buffet but definitely dominates the four star territory.

A great variety of foods are available and you can cook have your own fillet of fish cooked for you upon request. We had the choice between bass, flat head or calamari. Roasts, hot meats, chinese favourites, about fifteen different salads and more. The best for me was actually eating gluten and dairy, which I hadn’t done for a very long time. 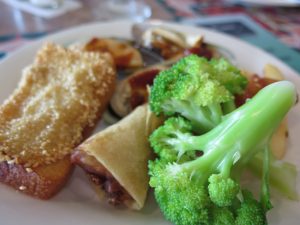 My favourite dish was actually the plump home made spring rolls. Juicy on the inside, crunchy on the outside and loads of filling. They were the best spring rolls I have had in years.

All the other traditional Chinese favorites featured such as sesame prawn toast, dim sims and chicken and egg soup. All delicious.

The kids had a ball – I switched off my strict mummy hat and let them feast for the last time on their school holidays. Approximately seven plates along each – I was wondering how they physically don’t pop.

The prices are crazy cheap for what you get. Check the pricing out here.

Five TOP activities to do in Ubud
The Monaco Yacht Show 2016
How many sleepers have you had in the last year?
MTHFR positive having more reactions to mRNAs