To vaccinate or not is always a contentious issue. It polarizes opinions and people. Making an educated/researched-decision though, requires time, commitment and some understanding of medical literature and interpretation of studies (which the average mum and dad don’t have).  Then you have to place it in alignment with your values. It’s tough getting your head around it all. I struggle. So what I am typing about here is what I have researched, been privy to over 27 years of being part of the medical system and interwoven with my own beliefs and values.

PLEASE MAKE YOUR OWN DECISION.

My drive for writing this is not to polarise you to hate the government, rumour about conspiracy stories, nor sledge me. It is merely to invoke in you a question of concern and that question is:

Q: Is Gardasil safe enough and proven enough to have the “marketed benefits”that we as parents have been told it will hold for our children and can we justify mass immunisation in first world countries for such a small minority who develop disease from HPV?

I will elaborate and discuss some very interesting and well documented comments, research papers available to everyone on-line. And quote BLUE chip publications like JAMA, Mercke’s own information about gardasil and the CDC (USA gov site for reporting adverse reactions). 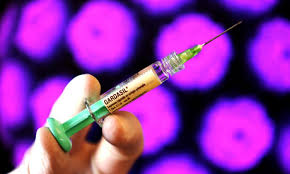 So it is a vaccine made by one of the world’s largest pharmaceutical companies: Merck  (MSD). This is how much money it is pulling in : 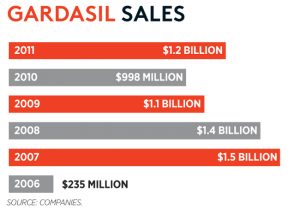 It is a recombinant vaccine which means that it contains genetically modified fragments of DNA that are directly injected to the child and is then taken up by the bodies’ cells hopefully disrupting the DNA of HPV strains if they are contracted. Children are given a series of 3 vaccines over 6 months to ensure active vaccination.

Human papilloma virus (HPV), which is the good old wart,  is found to be active in many chronic and deadly diseases eg HIV, Cancers, auto immune conditions. It is typically spread by droplet and contact with a contaminated person with an active sore (or wart). Currently genital warts are one of the most common STDs in Australia. For some pictures on what it looks like click here. Genital warts have been shown to be present in cervical cell changes (these are the cells on the opening to the uterus, up the top of the vagina). When changes occur to the cervical cells (rated by CIN which are pre-cancerous cell changes with references quoting only 1% go onto become cervical cancer ) intervention is often recommended. Medically often cone biopsies and scrappings are done, but naturally treated results are very good with selenium, zinc (ref 3) , vit C (ref 4), indol-3-carbinol (ref 5). What has been proven is that women with low vitamin A are 3 times more likely to develop cervical cancer. AND GROUND BREAKING NEWS BUT NEVER REFERRED TO BY ALLOPATHIC DOCTORS despite JAMA being one of the best medical journals in the world:

Folic acid taken at 10mg a day was shown in a 1982 medical study to completely reverse abnormal pap smears in 100% of women on the OCP (take for a minimum for 12 months). (Ref 6)

1. What’s an unacceptable death rate from a preventative measure?

This commentary looked at risk/benefit and the paper published below in Journal of the American Medical Association (JAMA) looked at adverse events from 2006-2008. For the 23 million doses of vaccine 2006-2008 (ref 7, 8)  given there had been 12,424 reported adverse events. (These numbers have now doubled). Most adverse effects were minor and not greater than background rates compared with other vaccines, the exception being higher rates for syncope (fainting) and venous thromboembolic events.(ref 8) Venous thromboembolic (DVT) events occurred in 56 reports at a rate of 0.2 cases per 100,000 doses distributed and included 19 cases of pulmonary embolism, four of which were fatal. Overall, 772 events (6.2% of the total number of adverse events but only 0.003% of the total number of doses) were described as serious and included 32 reported deaths (1 per 1,000,000 doses). ** Based on Australia girls and boys aged 9-26 which is where this vaccine is indicated for that equates to the following ** I have taken this from the Australian Consensus 2011

Which is a total of 4, 237, 525 children potentially receiving the vaccine under the current health initiative (no wonder Merck is rich)! Remember they need 3 doses. That is a total of 12, 712, 575 potential doses of gardasil to be given in this year to this age group. Based on these results, 12 million Australian doses will result in an estimated 12 deaths! So then I checked the USA reporting bureau for vaccines and adverse events (an offshoot of the FDA) and this is from their page (ref 10): “… Reports ..peaked in 2008 and decreased each year after that; the proportion of female HPV reports classified as “serious 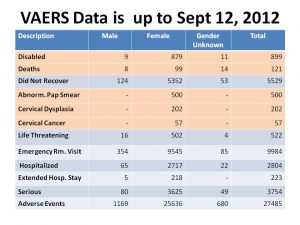 Remember Folic acid is available in foods and doesn’t cause death or have adverse reactions. Surely a much safer public health campaign? **

2. Gardasil has NOT BEEN SHOWN TO PREVENT cervical cancer, only HPV (ref 12)

The indication for vaccination is to prevent HPV. Not cervical cancer. Whilst it is a trigger to cervical cancer, anal and rectal (throat and neck cancers) HPV innoculation will not necessarily prevent cancer. Merck was denied FDA approval to market Gardasil to women aged 27 to 45. Although it was found to be safe and effective in the prevention of genital warts, it was not effective in the prevention of cervical cancer in that age group. (ref 13)  This is because HPV rates rise quickly during teenage years and early twenties, but the chances decrease as people reach ages past their early twenties. HPV vaccines may help reduce incidence of such cancers caused by HPV, but this has not been proven! (ref 12) Cancer will develop due to a range of factors (low vitamin D, low zinc, low anti-oxidants, high acid levels, high oestrogen, carcinogens in toxic fumes, foods and air pollution and genetically modified products. This vaccine is genetically modified (that is what recombinant means). ** So why are we injecting a cancer trigger (Genetically modified DNA)  INTO our children? **

Are there advantages/benefits in mass innoculation HPV programs?? 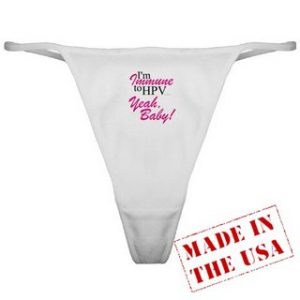 Maybe… I am sure one could present an argument for the mass use of Gardasil but it doesn’t stack up for me. In countries high with unprotected sex rates (Africa) and high Cervical Cancer rates such as less developed countries then maybe offering vaccination would decrease cancer rates (remember this has NOT BEEN PROVEN TO BE THE CASE WITH GARDASIL YET – it is an extrapolation). (ref 11) I believe (similar with breast cancer and other cancers) that the public need to be educated more about a what a nutritious diet is. We do know that cervical cancer and other cancers may occur when some one has straight forward vitamin and mineral deficiencies such as  low vitamin D, low zinc, low folic acid, high acidic levels and hormone imbalances. Many corrected with a good diet. I regularly consult year 11 and 12 students in my clinic and they HAVEN’T HAD ONE lesson on nutrition! Anyway, as you can see I am passionate for people to make informed, educated comments, opinions and feel free to leave your comments or experiences. I have referenced on the BEST medical references on the planet to avoid nay-sayers commenting that I don’t know what I am talking about… And please share so others can find out more about this vaccine and it’s use. References: 1. Gardasil_product information from Merck 2. Pictures of genital warts : http://www.genitalwartsformula.com/pictures/ 3. Zinc – Widerfoff L et al, A Nested case-control study of dietary factors and the risk of incident cytological abnormalities of the cervix. Nutr Cancer 1998 4. Vitamin C- Potischman N, Brinton LA Nutrition and cervical neoplasia Cancer Causes Control, May 1996 , Kwasnierwska A et al, Dietary Factors in Women with dysplasia colli uteri associated with HPV Nutri Cancer: 30 (1): 39-45 1998 Goncalves TL et al, Involvement of oxidative stress in the pre-malignant and malignant states of cervical cancer in women Clinical Biochem Dec 2005 5. Indol-3-carbinol – Aggarwal BB, Ichikawa H, Molecular targets and anticancer potential of indol-3-carbinol and it’s derivatives Cell Cycle Sept 2005 6. Whitehead N et al, Changes in the cervical epithelium. Association with the Oral Contraceptive Pill and reversal with folic acid. JAMA 1973 7. Slade, B. A.; Leidel, L.; Vellozzi, C.; Woo, E. J.; Hua, W.; Sutherland, A.; Izurieta, H. S.; Ball, R.; Miller, N.; Braun, M. M.; Markowitz, L. E.; Iskander, J. (August 2009). “Postlicensure Safety Surveillance for Quadrivalent Human Papillomavirus Recombinant Vaccine”. Journal of the American Medical Association 302 (7): 8. Chustecka Z (August 18, 2009). “HPV Vaccine: Debate Over Benefits, Marketing, and New Adverse Event Data”. Medscape Today. Retrieved August 27, 2009. 9. Australian Bureau of Statistics http://www.censusdata.abs.gov.au/census_services/getproduct/census/2011/quickstat/0 10. CDC USA: http://www.cdc.gov/vaccinesafety/vaccines/HPV/index.html 11. Cancer Council Australia http://wiki.cancer.org.au/prevention/National_Cancer_Prevention_Policy 12. Masters, Coco (May 11, 2007). “Oral Sex Can Add to HPV Cancer Risk”. Time. 13. Vousden, K.H. (1994). Viruses and Cancer. New York: Press Syndicate of the University of Cambridge. p. 27. ISBN 0521454727.

How to eat organic and why it is the future!
Do corporate health and wellbeing programs pay off?
What are the hormone drugs (and doping) that Lance Armstrong took and why are they bad
Why do we lose taste, smell and touch?