Our Sunday finds us pottering along the Northern Rivers seaside towns of Fingal and Kingscliffe where we stumble across Baja, celebrating the famous Mexican day Cinco De Maya. The day when the Mexicans beat the French. 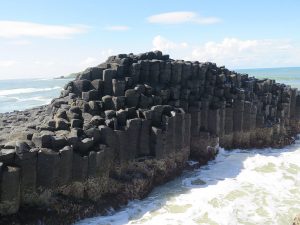 Before finding our lunch destination we swing into the quiet town of Fingal. Fingal Heads was discovered by Captain James Cook way back in 1770. But it wasn’t until 1872 when a light house was erected to veer ships away from it’s treacherous cliff rocks that Fingal was put on the map. 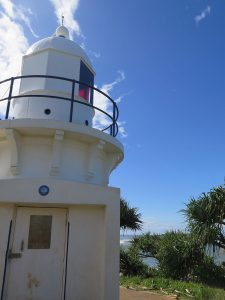 The causeway and light house make a delightful short walk and then you can meander to Kingscliffe, just as we did.

Baja lured us in with it’s vibrant colours, chilled atmosphere and the celebrator air. Today they were celebrating Cinco De Mayo. The day (really 5th May) when Mexico beat the French in the battle of Puebla. Complimentary tequila, $5 fish bowl sized cocktails, I instantly liked the Mexican remembrance day! A long way from Mexico, Kingcliffe Baja does OK. 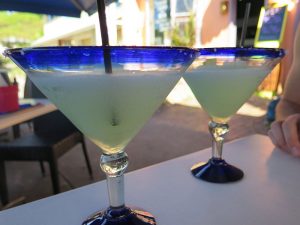 The food was fine – not five star dining but ok. Crispy calamari, buffalo wings and a beer washed down nicely a sorjourn to another country.