Recently I went to Woodford again to join in with The Planting.

I didn’t really know what to expect but if  was along the same vein as The Woodford Folk Festival, I knew I would would love it…. and so would the kids.

Determined to let my  inner child dominate I set few rules for the weekend (just the usual safety ones for the kids) .

We all seem to sigh a breath of relief when I declare these weekends. We all get to honour fun and play in nature.

With that in mind, this is my ” inner child’s” take on The Planting Festival,  held the first long weekend in May each year.

We arrive late on Friday  afternoon... too late in the afternoon.

I forgot that the sun goes to bed really early now, and that there would be loads of traffic leaving Brisbane, heading north for the weekend.

It was a long car drive. It rained.

The traffic stopped. Then it started. only to Stop again.

It was actually loads of fun, until we got there a little too late…. It was nearly dark, and raining consistently.

The kids were really good about it though and the volunteers are all friendly and make it a really easy process. 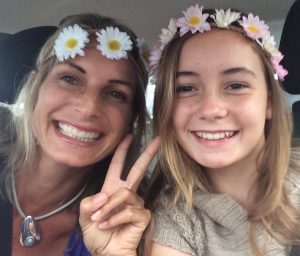 Getting our hippy grove on

After showing ID at the registration tent it was an armband on, then directions to the camp site.

The kids were buzzing with excitement as was I.

The excitment momentarily died as we put the tents up in the rain..

Inside the festival was awesome.

We headed straight for the Tree House.

It had been built over 2 weeks by about 14 people including these amazing people: 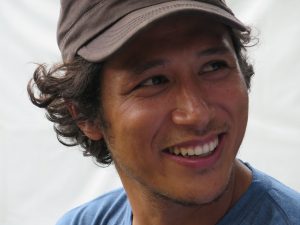 Arief from Indonesia who has a passion and business in the bamboo industry.

There was something very wholesome about him and his nature that left you smiling inside to out. 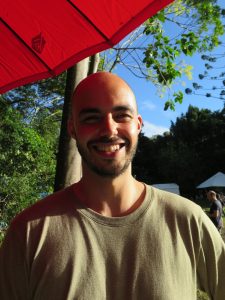 And Jed – another cool person who has been involved with Woodfordia and the art side for many years. He also had that incredible luminsing energy that left you feeling happy.

The Tree House is a magnificent structure that is best described as living art and an absolute trip wire for one’s imagination.

From the tree house looking out

It’s window off the lounge room offers a placid and surreal scene.

With a foggy haze and fresh smell of rain in the air, it is everything fantasy and make believe could ever hope to achieve.

We were all individually and collectively experiencing our ultimate fantasy world; Shrek, Beauty and the Beast or The Lion, the Witch and the Wardrobe… We all talked about our favorite fairy tales on the way up the sculpture.

Our imaginations were being flooded with ideas.

BACK to NATURE folks.

The children’s festival, on the fringe of the pond, is like entering into another realm, another world, another place in time.

The promo clip for the event says it all.

It’s a place where the village raises the children, and were the transition into young adulthood not so harsh as it is now.

The elders visit occasionally and watching silently over and smiling 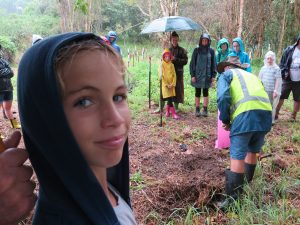 My son at planting in th wetlands

Freedom to play and be a child.

If you need to awaken your inner child or balance out your carbon foot print, head up to the Planting. Check out their website for more info.