Timidly I set off on my first P & O Cruise with my two youngest kids.

I had been on a cruise in the Mediterranean years ago but that was different. That was just me, heaps of new exciting places and no kids. 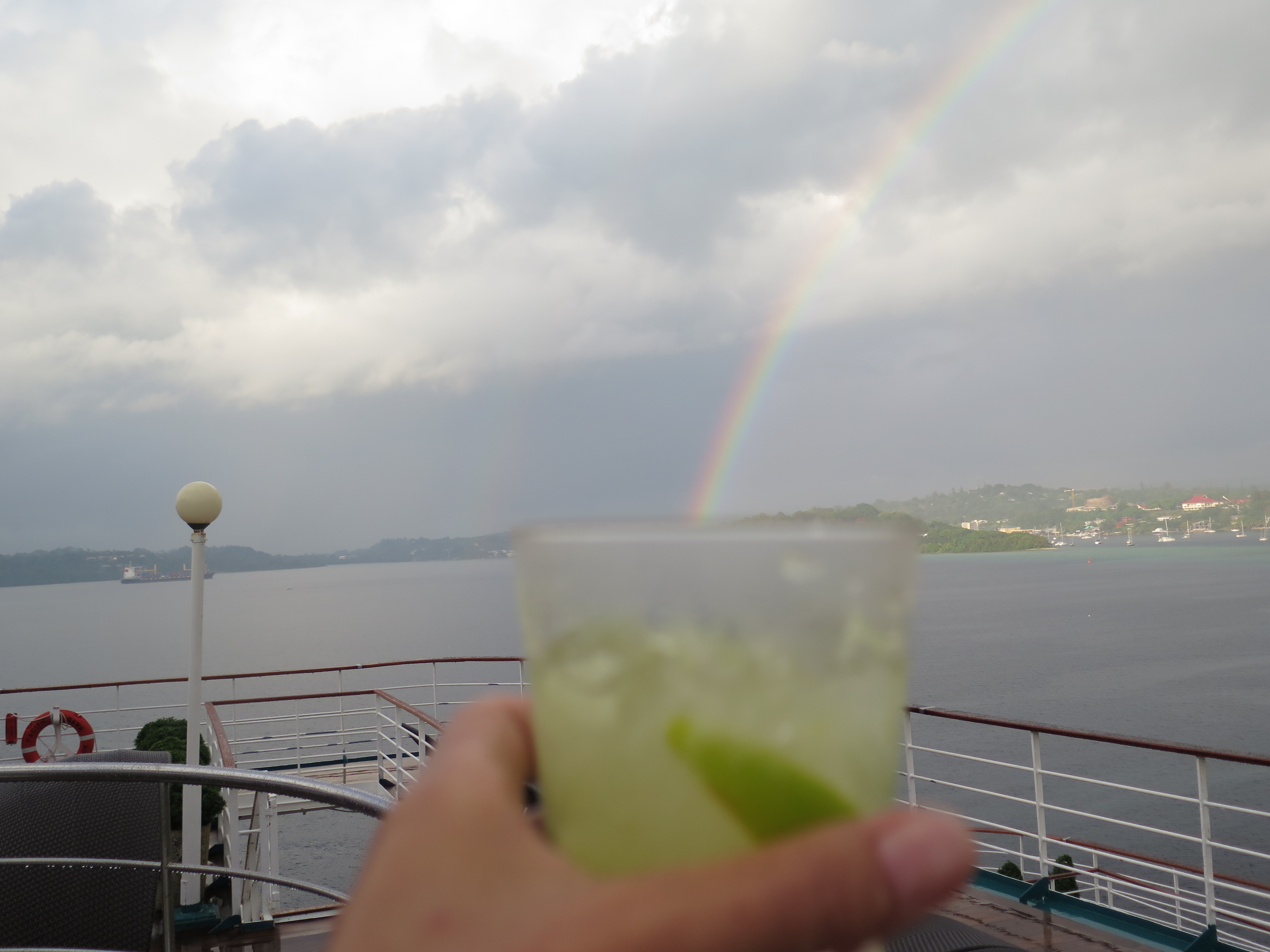 P & O had not only my kids on board, but hundreds of other children (and their parents). I was worried.

The lining up like sardines and processing on mass wasn’t too bad. I am not good with being herded as my natural instinct is to do the opposite but I found things moved reasonably well and before I knew it we were being ushered past the first of our many “photo opportunities”.

The weather forecast was disgusting and when on board the captain very quickly brought everyone up to speed. “It was some of the roughest seas he had ever seen…” ” get sea sick tablets, go to bed early” and “hang on to the walls when you walk“. Fabulous. Nothing like a BIG fat storm to get everyone sea worthy. 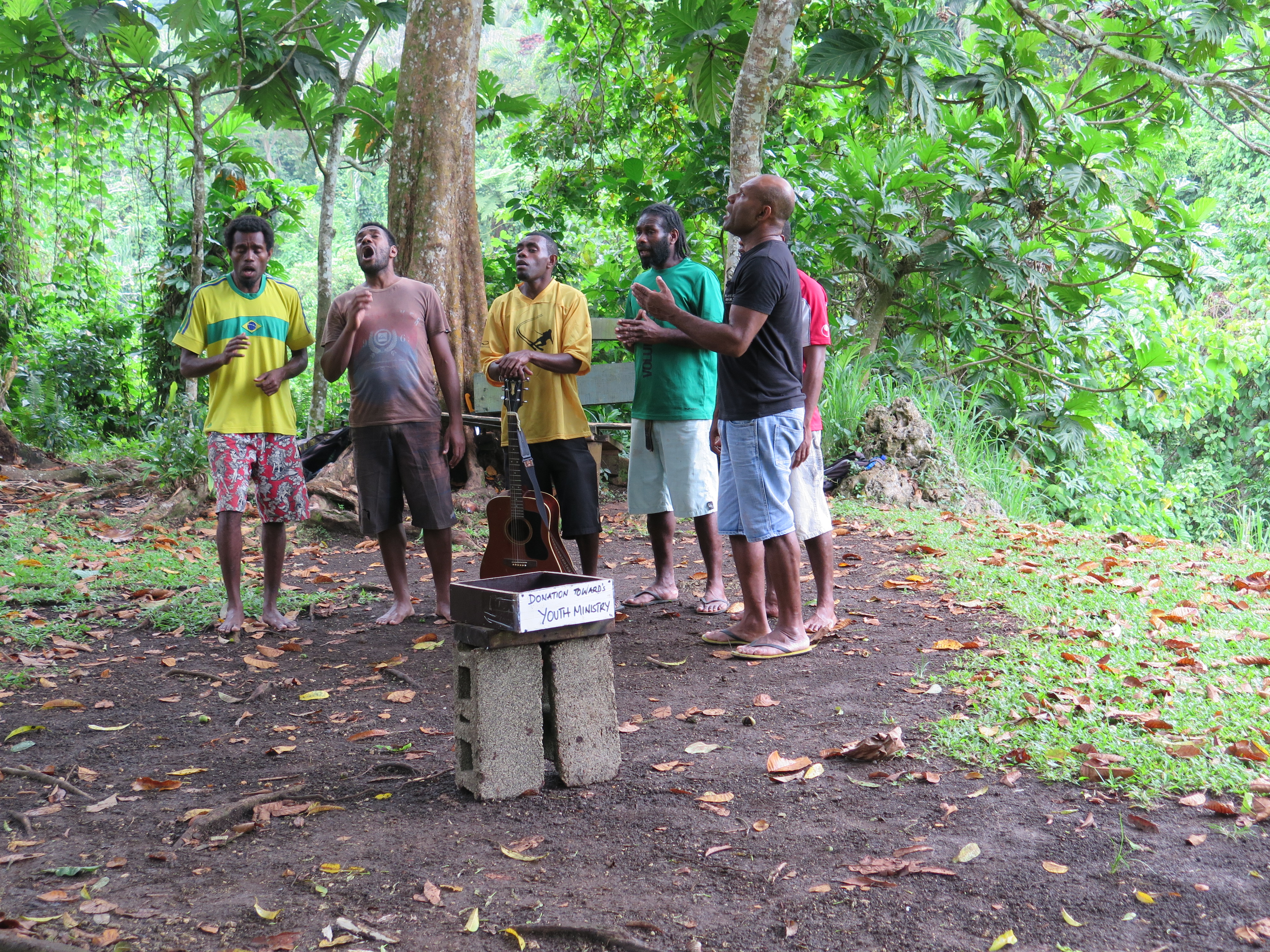 Locals singing in the bush

I ushered the lambs to bed very early but stayed up myself to watch Steddy Eddy – a long standing comedian, who I had wanted to see for years. He was hysterical and helped sleep come so much easier. 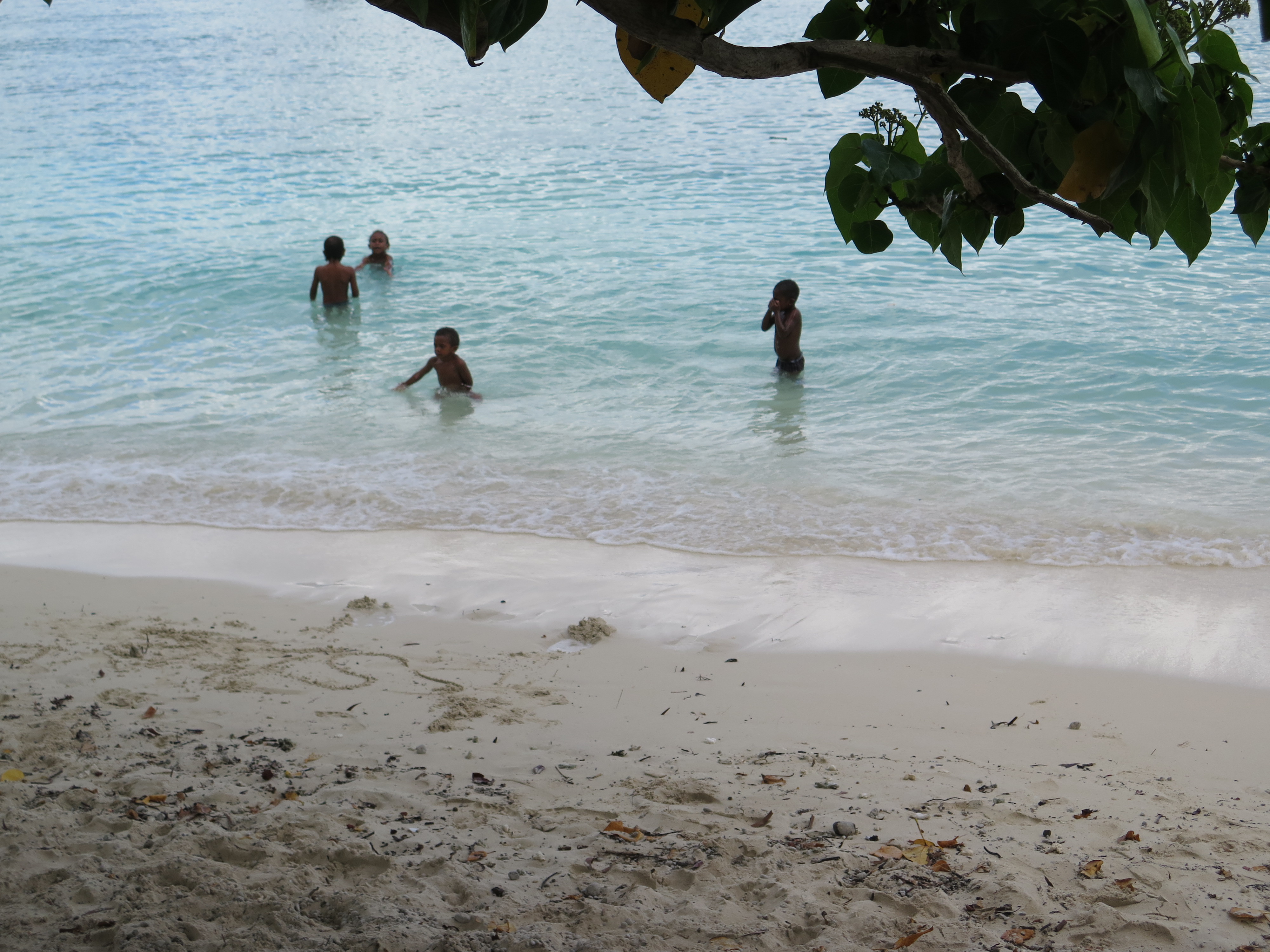 The azure waters of Lifou Island

But I did wake multiple times thinking the massive ocean liner was going to capsize. Whoosh this way, whoosh, creak that way. I have no idea how it didn’t roll over. Anyway it didn’t , the lambs slept, and fortunately day light came soon enough.

The kids were stocked. I was letting them eat all sorts of things we don’t eat on shore. Things like bread (we have a mostly gluten free house hold), cereal, ice cream, deserts, and on it went for the kids like some fantasy camp. 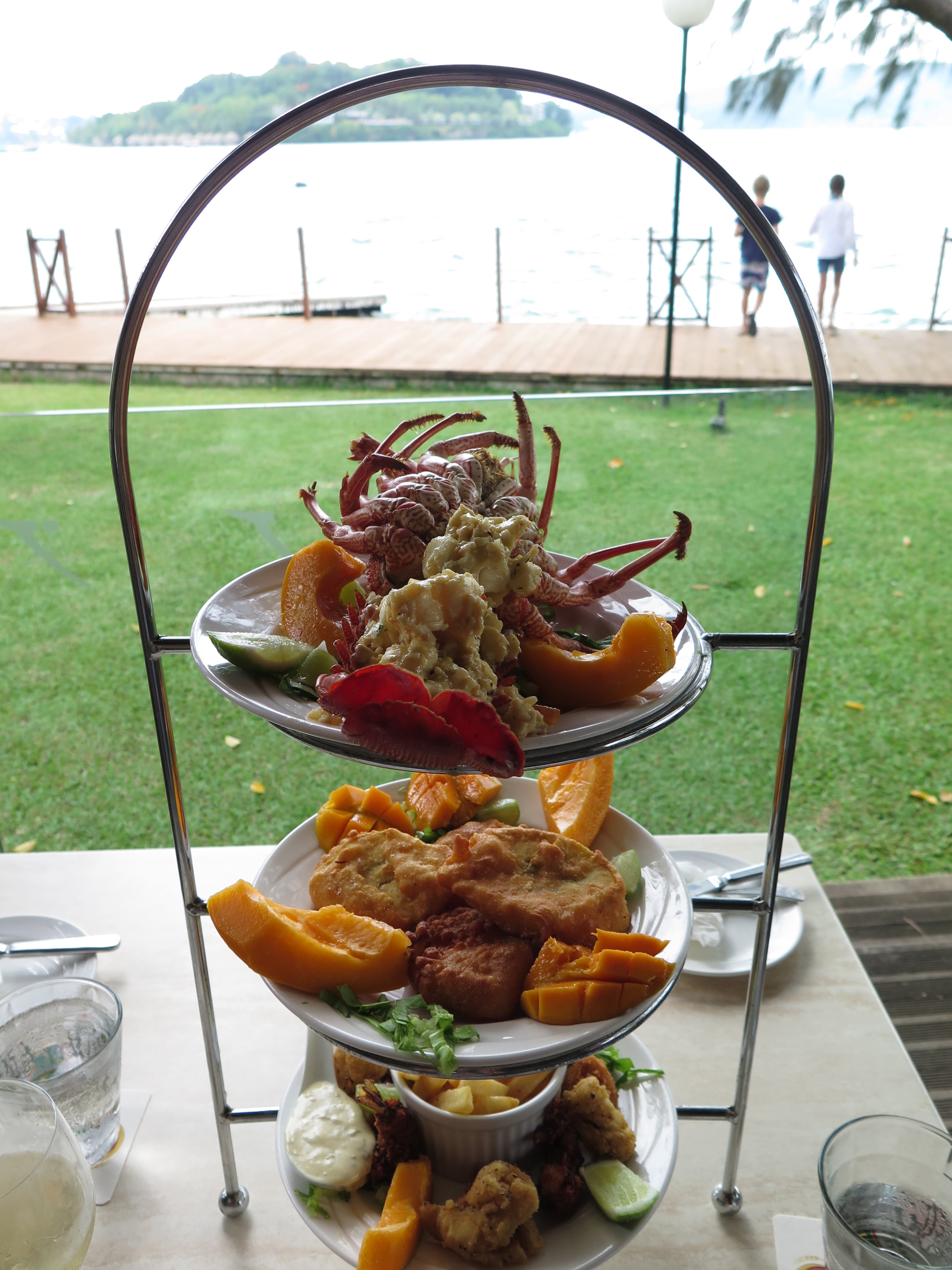 I tried to enforce the 3 vegetable thing with every meal but decided as long as they ate with me at the a la carte restaurant once a day and not buffet central, they wouldn’t become too nutrient deprived over the week. 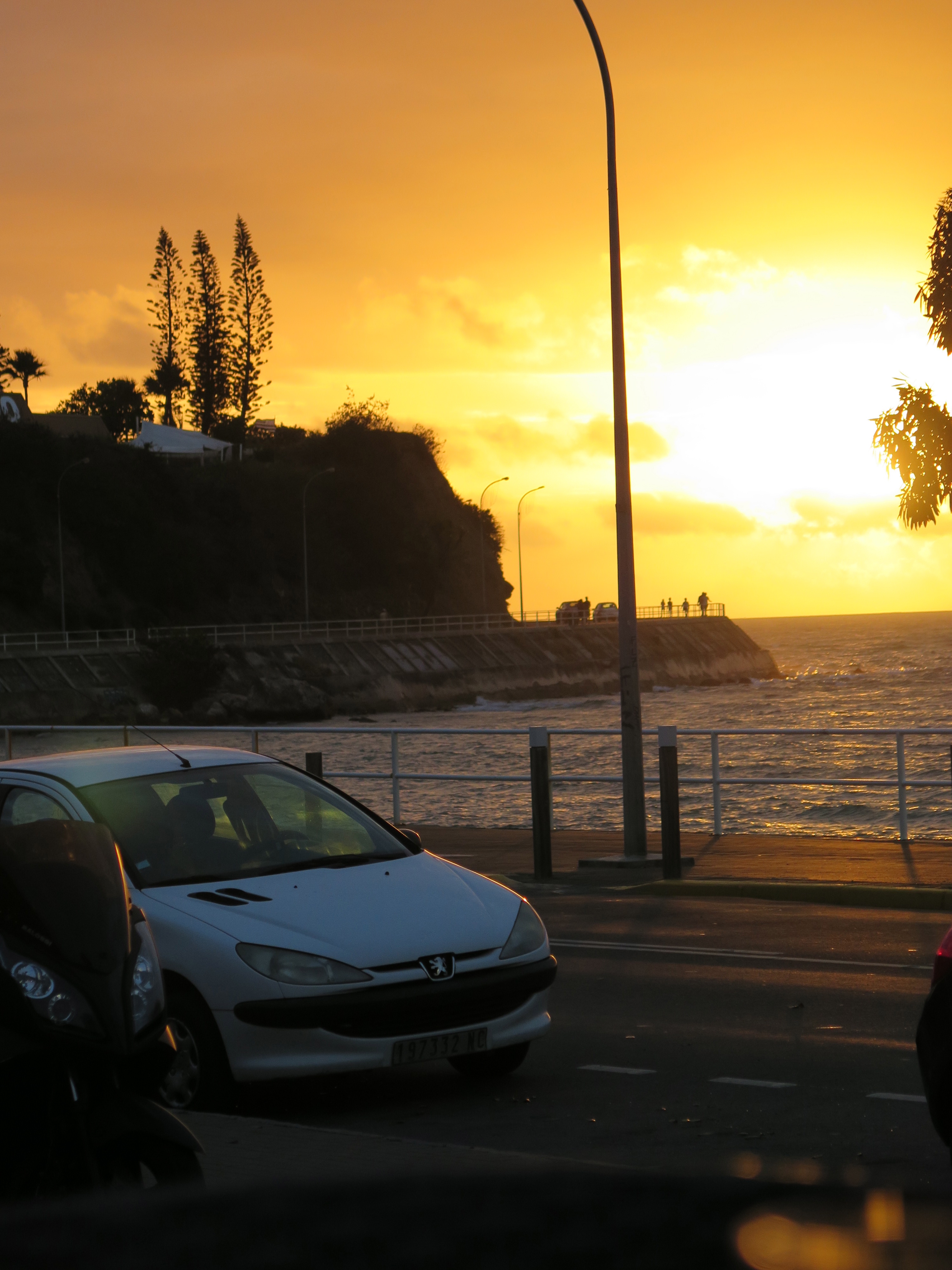 The sunsets in New Calendonia are amazing

I had mixed feelings about the cruise.

I was disappointed to see the way people panic around food.  Panic and pant… that was the general line up at the buffet.  The foodie in me cringed at the human behaviour. BUT the food was actually a really high standard and really varied. It was good.

The A La Carte restaurant was excellent. I ate there every breakfast and had my all time favourite, black pudding.  I ate most of my dinners in a La Carte, chilled in the adult-only zone and saw shows, comedians and even art auctions! 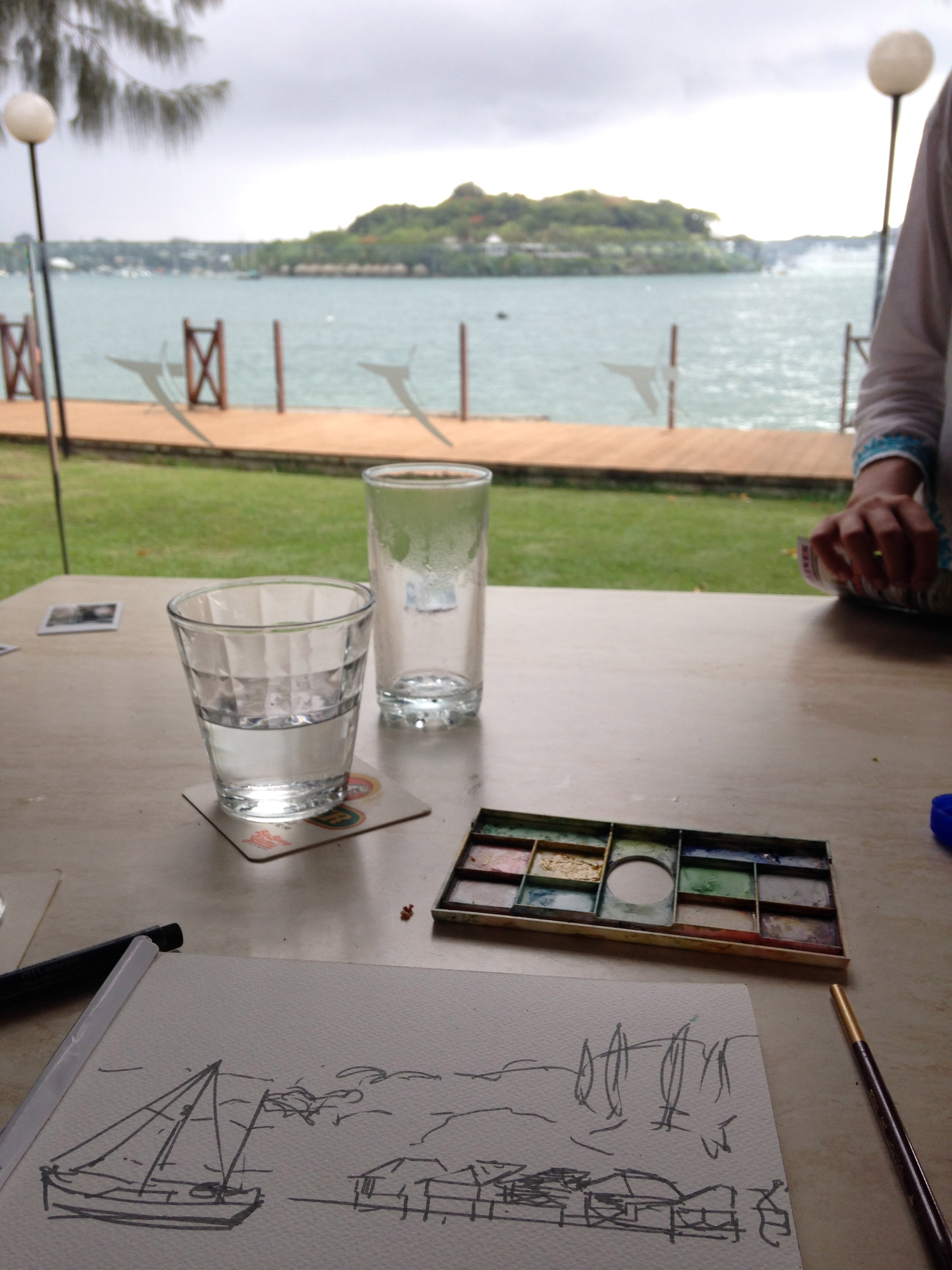 It’s hard to believe in hind sight that the cruise was only 7 nights. Really great holiday as far as low-maintenance parenting goes. High value for the kids, and heap of fun and relaxing activities for the grown-ups. We will be doing another cruise soon. Maybe another liner – like carnival?